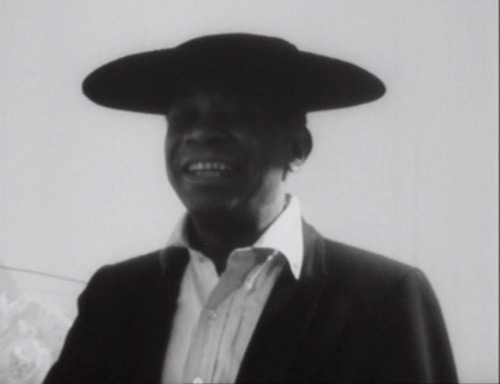 I recently interviewed a prominent—Oscar-winning, yet!—director for the DGA Quarterly, and the piece isn't yet published so I feel it wouldn't be quite cricket to discuss it overmuch, except that one thing this director said is quite germane to what I'm gonna talk about here, and the thing he said was, when all is said and done in cinema, nothing can hold your attention more than a human face.

It could have been based on this principle that Shirley Clarke made Portrait of Jason (1967) the way she did. Almost all of this nearly 100-minute film is made up of close-ups or medium closeups of its subject, one Jason Holliday (his latest name; his logic is that changing personas changes one's luck, and he announces that having been "Jason" since returning to New York after some travels, things have worked out nicely for him), a one-time "houseboy" turned hustler who, he proclaims, has "been balling from Maine to Mexico" but "doesn't have a dollar to show for it." 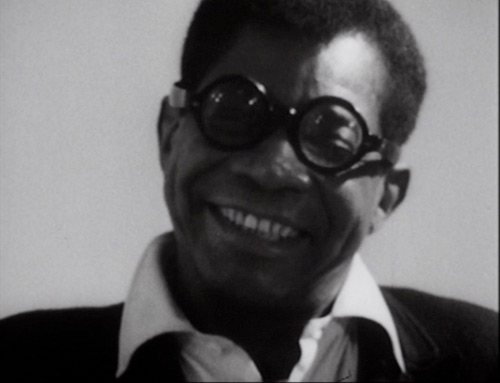 Jason's voice is a buzzy lilt, not quite overtly effeminate but full of queenishly ironic inflections. He's a born storyteller and rather obviously a wreck, and it seems to be Clarke's plan to lay him bare as a tragic figure. With the help of pungent interpolations from Clarke's husband Carl Lee, an African-American actor that Jason had a substantial crush on (as per Wendy Clarke, the filmmaker's daughter, who contributes a video introduction to this disc) and a bottle of vodka that Jason takes a large number of hearty swigs from, they eventually get their wish. "Oh the people they just don't know, child, they just don't know," he says of those who would tell him how to live. He describes himself as "nervous and guilty and simple." "I wish I was straight," he mutters at one point, and as wasted as he is, one doesn't know if he means not gay, or not a drunk. 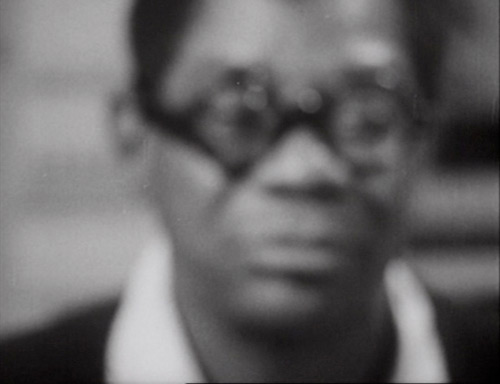 There's a sense, I suppose, in which  this film could be misread—as an cautionary tale, a warning against the excesses of a homosexual "lifestyle." But before one even thinks of going there, one would do well to recall Rosa von Praunheim's maxim: "It's not the homosexual who is perverse but the situation in which [he or she] lives." The particulars of Jason's situation at that moment in time and space—black and gay in pre-Stonewall New York— had almost doomed him from the get-go. As Edmund White notes in his recent memoir City Boy, the very notion of "gay culture" in the pre-Stonewall days was inconceivable. Even gays of highly advanced intellectual attainment, such as it was, were largely of the opinion that their homosexuality meant that there was something wrong with them, something they had to be rid of. Stonewall was literally a consciousness-expanding moment for New York gays, and gays all over the world. That Jason had the courage to speak for who he was, and that Clarke had the vision to want to record that is...well, staggering, when you think about it. 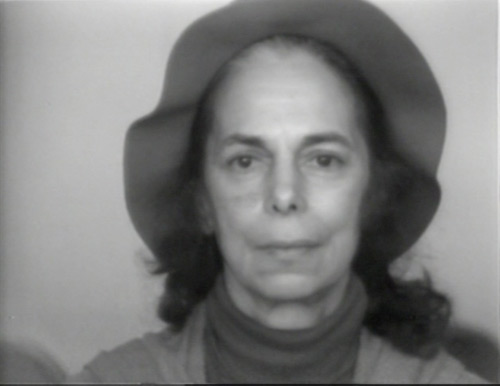 I was thinking about Clarke recently because of Ornette Coleman's recent 80th birthday, and my frustration that Clarke's documentary on the musician, Ornette: Made In America, doesn't have the home video version it deserves. Truth to tell, almost none of Clarke's pioneering work does. This disc of Portrait of Jason, released in 2005 on a Region 2 U.K. disc by the label Second Run, is a remarkable exception. It is mastered from a MoMA-restored print and contains some wonderful supplements, including an essay by Tony Rayns, the aforementioned video introduction by Wendy Clarke, and material from Wendy's own Love Tapes project, which contains very moving footage of Shirley some years after the making of Jason.