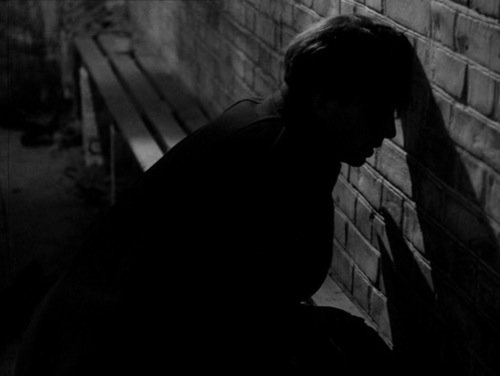 In an old Lester Bangs piece (not that there have been any new Lester Bangs pieces since the early 80s, but you get my drift) that I can't find in either of the late critics' anthologies, Bangs recounts, with considerable bemusement, an observation made by Deep Purple organist Jon Lord during an early-70s interview with the future rock dinosaurs. "What's wrong with being a journeyman?" asked Lord, without any apparent irony. That Lord posed this question after the fizzling of such ambitious experiments as In Rock and guitarist Ritchie Blackmore's subsequent riff-monster redefinition of the group of course speaks to Lord's own personal disappointments but suggests a certain nobility involved with the concept of soldiering on. Of course, to Bangs, settling for being a journeyman was capitulating to mediocrity. Bangs was an all-or-nothing, go-for-broke character. During his own struggles with alcoholism, he marveled as what he saw as the near-perverse willpower of the "normal" social drinker, earnestly asking a friend who could take it or leave it alone and was content with a glass of wine at dinner, "Don't you crave OBLIVION?"

This all brings us, in a roundabout way, to Carol Reed. The recent Criterion DVD release of his 1939 Night Train To Munich, a thoroughly enjoyable contra-Nazi thriller scripted by Sidney Gilliat and Frank Laudner Launder, has hit some cinephiles and aspiring cinephiles with the force of revelation, e.g., fostered or revived in some the notion that, hey, Carol Reed, whose career began as a journeyman, albeit a highly skilled one, in the British film industry, was actually a great/inspired director well before his masterpiece, 1949's The Third Man. 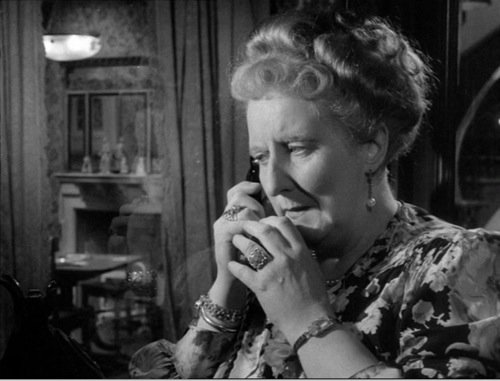 The traditional line of demarcation for Reed in this respect had been the 1947 thriller Odd Man Out, starring James Mason as an Irish nationalist on the run after suffering an injury during a botched robbery. Abjuring the metaphysical/symbolical bent of another Irish-dude-on-the-run tale, The Informer, Odd Man Out still bristles with Contemporary Significance in much the same way that the Birth-of-the-Cold-War Third Man does, and, as with The Third Man, delivers a truckload of suspense thrills, set-pieces, chiaroscuros and interesting camera angles that continue to divert for many years after the Contemporary Significance has abated. It also features a superbly frantic performance—a star-making one, even!—from the youngish Mason. 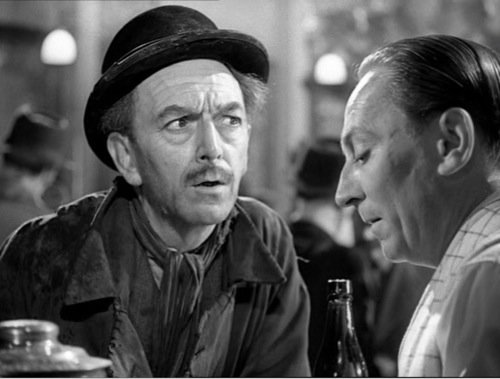 Interesting, then, that there's no new domestic DVD release of the film; one would think it a natural library title for some enterprising label. As it stands, the only extant domestic edition at the moment is a sub-par 1999 issue from Image Entertainment that is currently fetching frankly absurd prices at Amazon. But back in 2006, Netwerk, a label that doesn't normally deal such distinguished editions, put out a version of Odd Man Out that boasted, a) a really terrific-looking new restoration/transfer (nice screen captures here, no?), b) a booklet with a good historical essay and some nice reproductions of original press materials, and c) some solid video extras mostly focusing on star Mason—interviews, a documentary on him and his background, and so on. 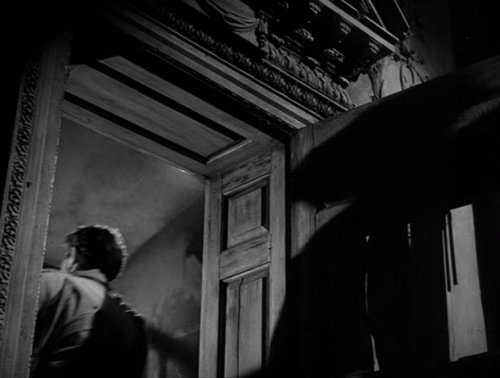 The picture is always an exceptionally tight, involving one for thriller fans and such, but does it indeed mark Carol Reed's shift from journeyman to master, and was he ever really a master in the first place, handful of great films he was involved in notwithstanding? The idea that he was a preferred director of the Hitchcock-disliking Graham Greene places Reed in an interesting perspective, yes, but we should also allow that on close examination one of the things that makes Night Train so much fun is its Gilliat-Laudner Launder script, which among other things features the quintessential blinkered Englishmen Charters and Caldicott, who also figure in their scenario for Hitchcock's The Lady Vanishes. What makes this reviewer trust Sarris' "Less Than Meets The Eye" classification for Reed is not so much the heights he hit as the depths of leaden, ostensibly distinguished, and big-budgeted...well, mediocrity he sank to. Sarris does not equivocate: "The decline of Reed since Outcast of the Islands is too obvious to be belabored." Anyone who has had to sit through Trapeze, let alone The Agony and the Ecstasy, can't help but agree. Such films, and the ups and downs of the Reed filmography between Night Train To Munich and Odd Man Out suggest that the Reed masterworks—this picture, The Third Man, The Fallen Idol, Outcast of the Islands among them—were not so much happy accidents (that's too withholding a term) but instances in which the collaborative nature of filmmaking yielded its best fruits, when a great story and great shooting and fine acting were pulled together by a confident master of craft. Nothing wrong with that, even if it does make you kind of a journeyman.