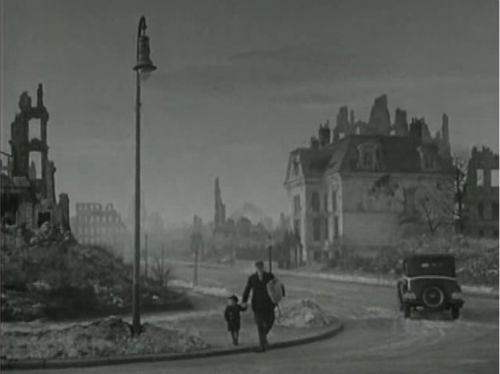 "What a pity that one ever has to come out of doors. Inside, with the curtains closed, it's possible to forget the present, turn your back to the future and face the past with hope and confidence."

The familiar post-war Berlin ruins—hollowed-out buildings like melting fudge dripping up into the sky. But what makes the shot is the tiny foreground pair, man and boy, setting off the desolation with a spark of humanity. Life goes on, but interrupted: for the man walks very slowly, a grandfather not a father. There's a whole missing generation in between.

A shot like this displays the artistry of Carol Reed in a film that's not quite able to contain it. The Man Between (1952) is all too self-consciously an attempt to re-bottle the lightning of Odd Man Out and The Third Man, the first of a series of attempts in this line: Our Man in Havana and The Running Man would follow. 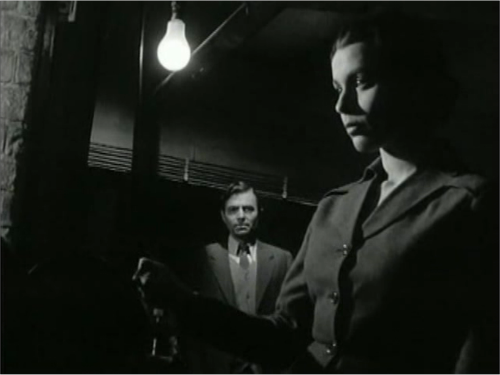 This outing lacks Graham Greene to transmute thriller mechanics into sardonic wit, romance and morality play, and the substitution of pre-Wall Berlin for Vienna is an insufficient alteration to freshen the formula. When the protagonist arrives at the airport in scene one and her brother isn't there to meet her, it seems a rather too dutiful duplication of Joseph Cotten's train disembarkation in The Third Man.

The innocent abroad is Claire Bloom, and James Mason plays a mysterious stranger, saddled with an unsustainable German accent, and there's Hildegarde Neff shooting meaningful glances and with an anxious smile that's too quick to fade... Alas, asides from these three, the film lacks colorful characters of the kind who enlivened the earlier Mittel-European noir. But before the story comes out and declares itself, there plenty of mysterioso signs and portents to intrigue: a small boy on a bike spies on everything; the film is full of wide, youthful eyes, either his or Bloom's, peering from behind door jambs, and the counter-shot, a slow, creeping POV winding past obstacles to see what occluded schemer lies behind them... 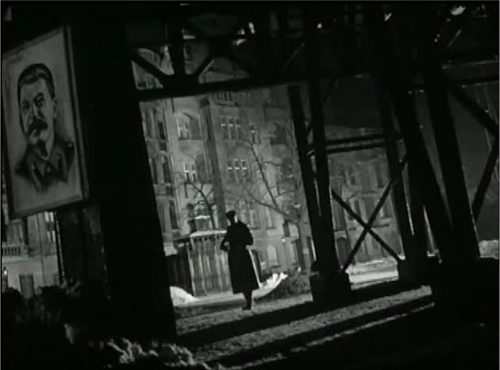 "First, I wanted the ruins, which are mainly in the Russian zone. Secondly, I hoped to convey something that is not visual, the jittery feeling that pervades the area. I wanted our actors to feel it. They did."

So atmosphere, including even some sinister canted angles in The Third Man's manner, predominates. Mason can do this in his sleep: his early Brit films cast him as villains undone by a fatal dash of decency in their character: depraved nobles and romantically rapey highwaymen. This post-war variation is more authentic, more tainted by real-world malaise, seeping into the movie from the real streets and remains of streets. The plot plods, and abrupt gear-shifts between the perspective of the innocent girl and the mysterious intriguer create an awkwardness altogether avoided in Reed's conspiratorial classics. 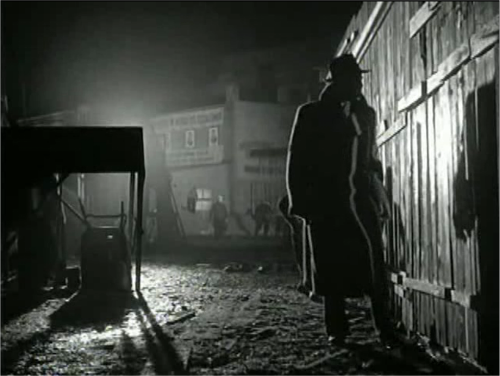 The real model for Reed's best work may be The Fallen Idol, which somehow presents its entire narrative from two perspectives at once, that of the innocent and that of the schemer: the audience sees all and shares its sympathies with both halves. Reed bemoaned the lack of humor in The Man Between, but perhaps there simply aren't many opportunities for irony when we're forever tied to one POV or the other. Still, last-minute re-writing sneaks some wit in: when Bloom invites Mason to England, the former German soldier muses "I nearly did visit England once. Our plans were changed."

If the narrative doesn't grip, the central relationship still has legs (Bloom would return to Berlin after the wall went up and the stakes were raised, in The Spy Who Came in from the Cold, perhaps her best film and performance) and Mason is moving as a man caught between East and West, good and evil, life and death. The final stretch, a headlong descent into the battle-torn city of dreadful night, benefits from Reed's genuine feeling for stripped and shattered architecture, blasted structures inexplicably floodlit, nocturnal denizens of ragged appearance and uncertain motives, on tilted thoroughfares slip-sliding towards consuming darkness. 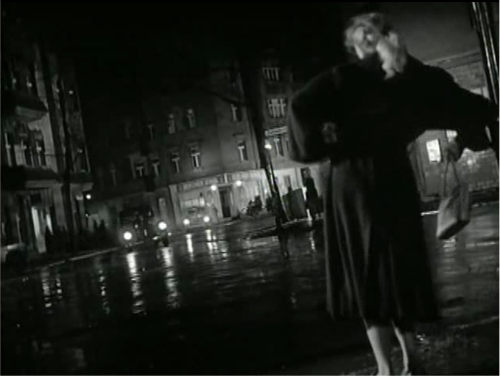 The Forgotten is a regular Thursday column by David Cairns, author of Shadowplay. ﻿

The ForgottenCarol Reed
8
Please login to add a new comment.