Yasujiro Ozu's cinephilia has been well known for some time now, especially his love of American movies. His existent early films are filled with gags and posters directly referencing Hollywood cinema. Recently, I found an unusually specific citation.

I always thought this bit of dialog in Late Spring (1949) was strange. It happens between unmarried Setsuko Hara﻿ and divorcee Yumeji Tsukioka﻿; they're discussing Hara's recent meeting with a potential husband. When asked what she thinks of him, Hara replies, according to the subtitle translation, that he "looks like that American...the man in that baseball movie," which Tsukioka identifies as Gary Cooper. No doubt they are talking about 1942's The Pride of the Yankees﻿. However, then comes this odd joke: 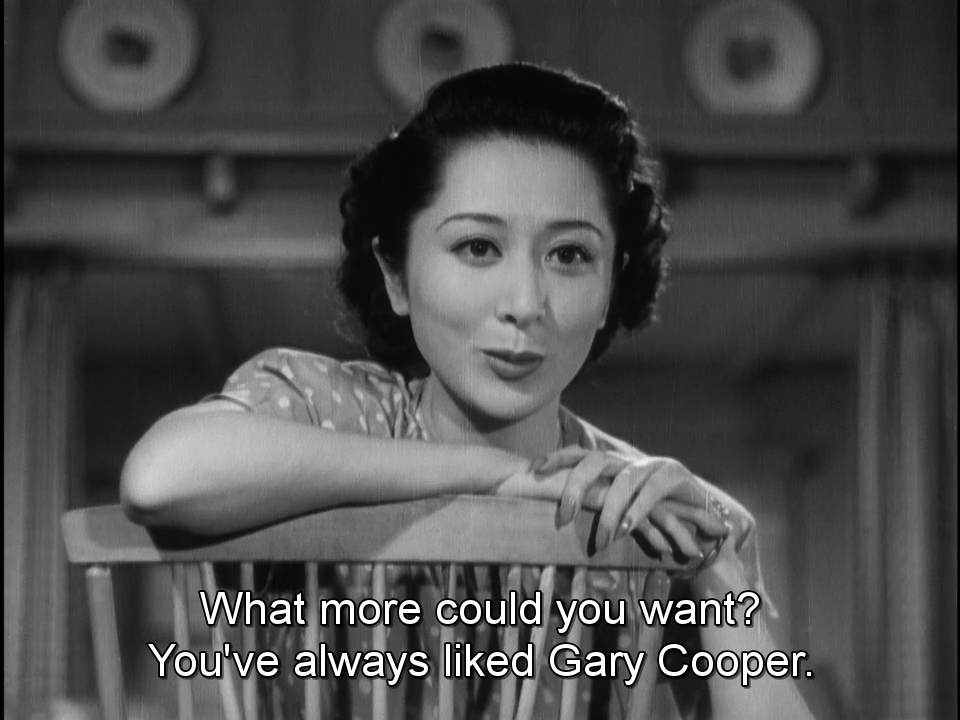 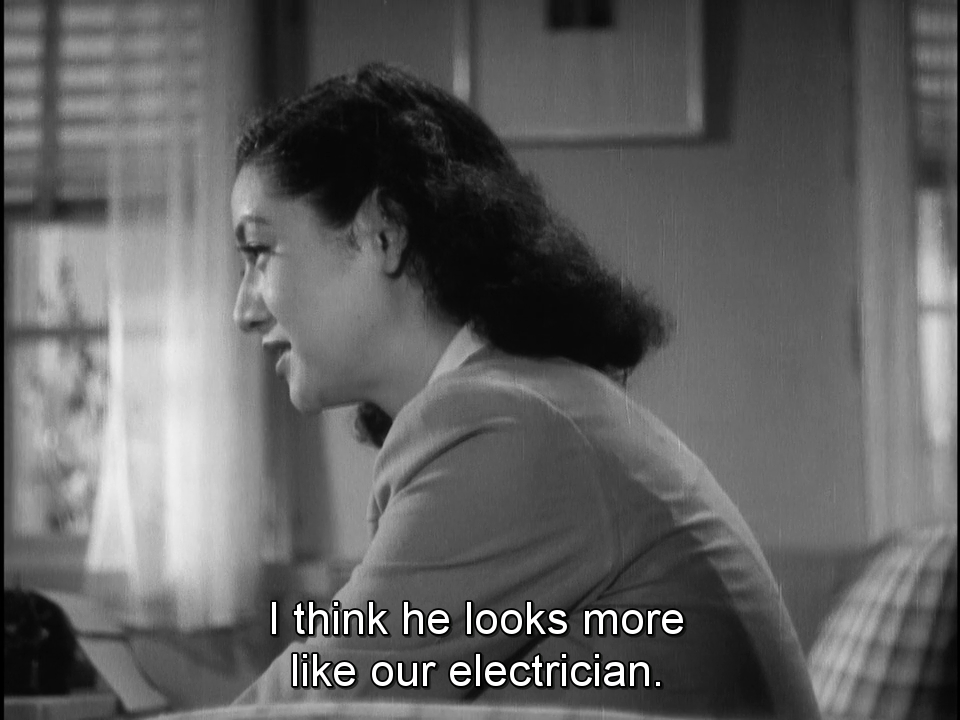 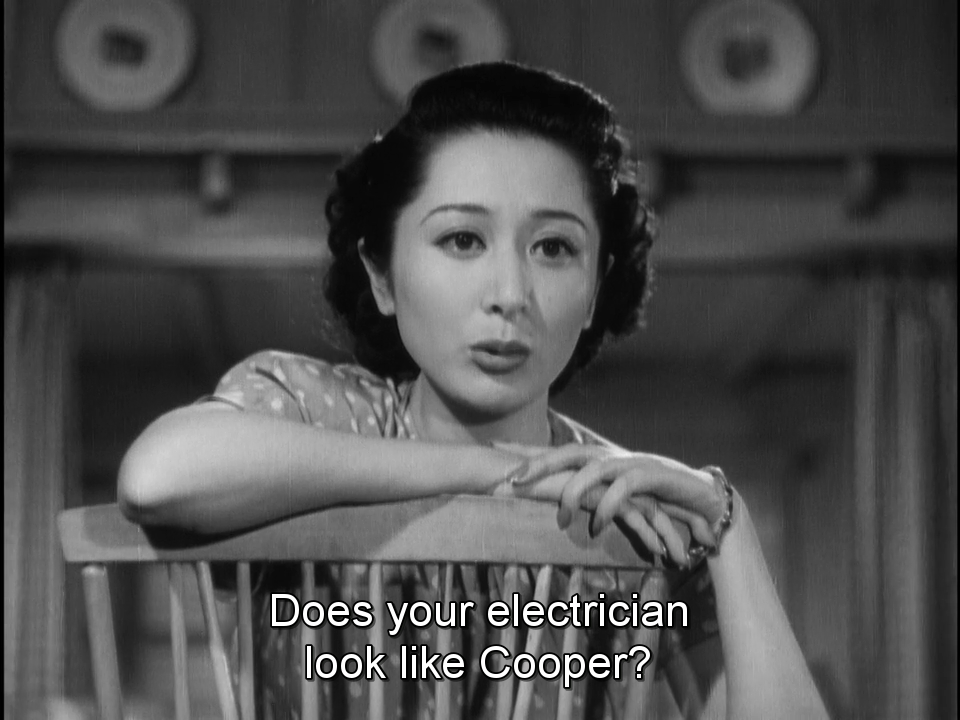 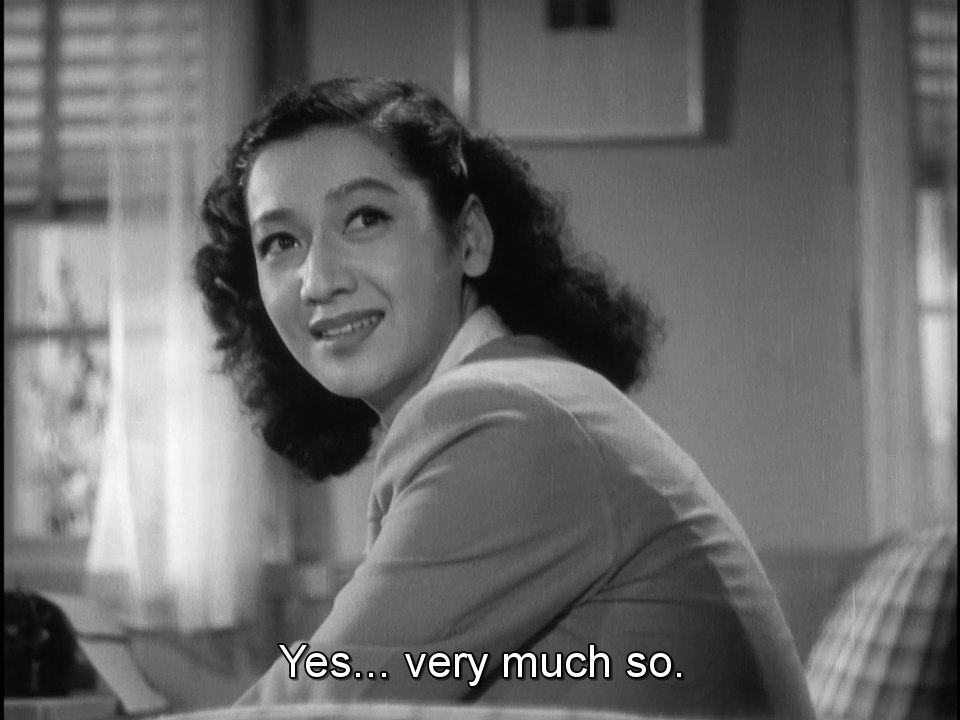 A weird, roundabout joke. Especially since we have yet to see—and never will—the man Hara met and eventually marries. But, to take the joke even further, one may remember that we do indeed see the electrician Hara refers to. We see him just once in a shot which obscures his face, making the comparison to both Cooper and her husband-to-be amusingly perverse: 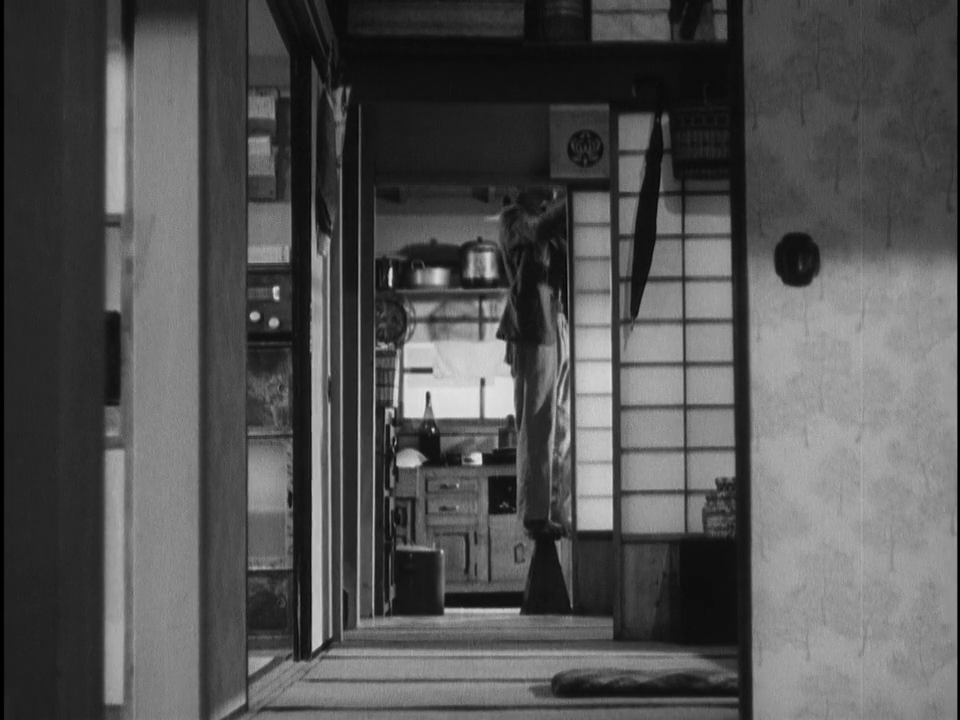 ﻿A nice joke, case closed. But then, some time later, I watched King Vidor's The Wedding Night (1935), where Cooper plays a writer who travels to a house in the country where he intends to write a new novel. At the beginning of the film, Cooper is fixing up his house. A beautiful immigrant neighbor, played by Anna Sten﻿, shows up at his house and is greeted with this vision of Cooper: 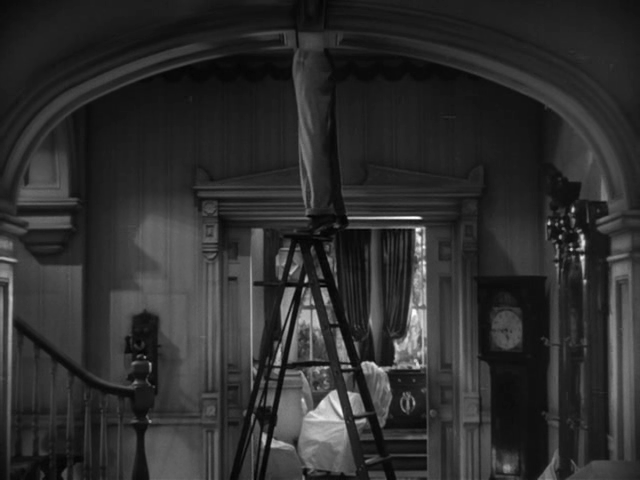 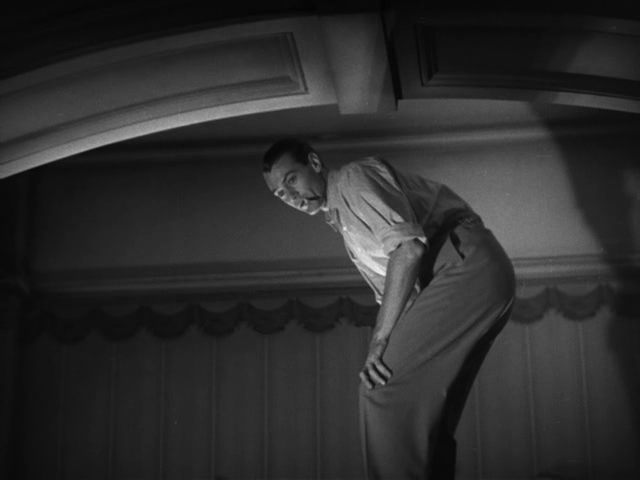