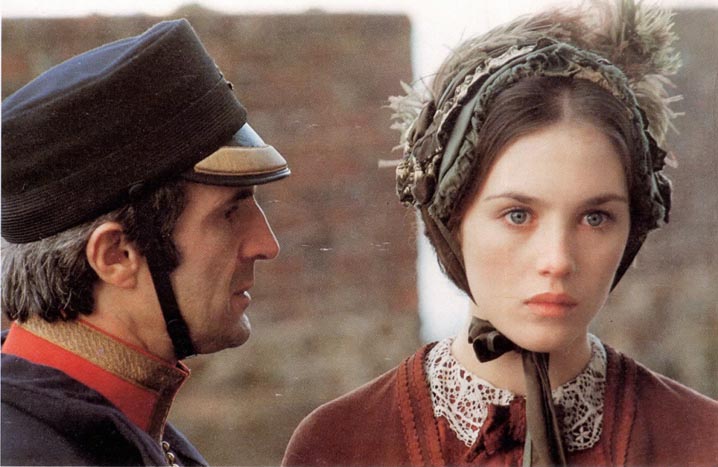 François Truffaut: A Winter Portrait, running Tuesdays through December 22 at the French Institute Alliance Française in New York, showcases the less-heralded work of the 1970s. "The 'efficiency' of his output during the decade could be cause for quality-control concerns," writes Justin Stewart in the L Magazine. "Nearly always using the same small crew, the same cinematographer (the great Nestor Almendros), and making his own Hitchcockian cameos, Truffaut produced a run of films that have an unsurprisingly similar tenor, even as he seesawed from melodrama (The Story of Adele H.) to a lighthearted kids romp (Small Change). It's because all is nuance in them. Elements like the relentlessness of Adele H.'s devotion to love itself (not the man), which that led Pauline Kael to consider it a half-comedy, or the horrifying windowsill leap by a kid in Small Change, pull the movies back from the edge of genre to a middle (not mediocre) ground that makes them simply 'Truffaut films.'"

Also in New York: "This year, BAM's annual pentad from France features a filmmaker with shingles, Swedish rock, a stubborn zipper, Catherine Deneuve buying a cabinet, and a flying baby." In the Voice, Melissa Anderson recommends catching a few offerings in the New French Films series, though she does add that "none can be considered unmissable." Today through Sunday.

Time Out New York's Keith Uhlich is tempted to call Face Tsai-Ming-Liang's "crowning achievement. The presence of Fanny Ardant and Antoine Doinel himself, Jean-Pierre Léaud, brings the director's Francophile obsessions to the fore, though it must be acknowledged that the constant callbacks to his previous films will probably baffle and aggravate newcomers." In general, "Asia Society's retrospective Faces of Tsai Ming-liang is a welcome primer, but the grab-bag nature of the series is slightly disappointing, since Tsai's films benefit from being seen in close-together chronology." Friday through November 21.

Christopher Bourne turns his attention today to Tsai's first feature, Rebels of the Neon God, also a part of the series.

The retrospective Directed by Jerry Lewis runs for a week starting tomorrow at Anthology Film Archives and, even if the French connection had to be explained, J Hoberman's reference in his overview in the Voice to "Lewis's status as auteur" would do.

Aside from co-directors' Lev Kalman and Whitney Horn's reference to Eric Rohmer as one influence among many, there is nothing French at all about Blondes in the Jungle. But it screens tonight at the Santos Party House in New York and Ian Crouch's interview with the filmmakers for the L may well make you want to check it out.

For news and tips throughout the day every day, follow @theauteursdaily (RSS).

Image: The Story of Adele H.