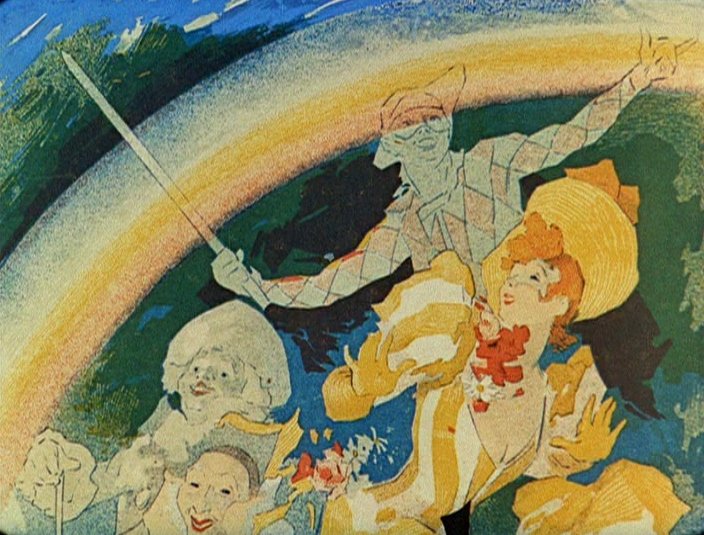 Have any opening credits ever felt more like an invitation?  Designed like a 19th century theater placard (come one, come all!), the title sequence of Jean Renoir's French Cancan (1954) calls out to all the lovers and seekers who ended up in the French cinema section and promises them "une comédie musicale."  And so it is, but one of the first things you'll notice is a distinct difference between Cancan and the most famous American musicals of the era: namely, that song and dance don't really spend much time occupying the screen.  This is not a film like Singin' in the Rain or The Band Wagon, where every 15 minutes brings a literally show-stopping display of elaborate choreography, performer stamina, and Technicolor kinecticism.  For the most part, the musical performances in French Cancan are modest and truncated, making an appearance before graciously bowing to dialogue and drama.

The exception—and it's a big one—is the grand finale, a 20-minute string of extended numbers where music and drama merge, culminating in the dance of the title (possibly the most kinetic scene Renoir ever shot) and tying the narrative with a bow.  Essentially, the sequence shows the birth of a performer: Nini, a young ingenue, is given the choice between debuting as a star showgirl, with all the insanity show business entails, or settling down with a rather conservative fiance who'd much prefer that she not be involved in that sort of thing.  Naturally, she chooses the former, while her depressed, jealous, now ex-fiance watches from the audience.

As the dance goes on, the editing juggles narrative threads, and returns to his in a particularly playful way.  He's standing next to Nini's best friend, who earlier in the film had lamented her lack of a husband, and every time we cut back to them, the two get closer.  She gives him a glance, she put her hands on him to try to calm him, she holds him in place, and by the end, the two have become a couple, with his arm draped over her shoulder and a decidedly satisfied look on his face.  His emotional pivot, going from hung up on one woman to happily pairing up with her friend, would be complex enough to fill an entire scene, or for some directors even a film.  In French Cancan, it's part of the background—an element of a dance performed not just in front of the camera, but behind it as well.  There's no dialogue or any concrete connection showing how they made the final leap from point A to point B.  We simply look away, and when we look back, it's already happened.  This placement within a montage deserves a laugh, but it's not just a joke or a happy ending.  Indeed, it represents as serious a worldview as any in Renoir's body of work: off-stage life (the "real" kind) intercut with burlesque, with each driving the other in an energetic perpetual feedback loop.  Careers and romances are born just as others fade, the more tragic implications are overwhelmed by light and color, and who can say how long it will last before everyone changes partners again?  The last thing you'll notice is that the film ends before the dance is over.  In all the ways that count, it's still going on. 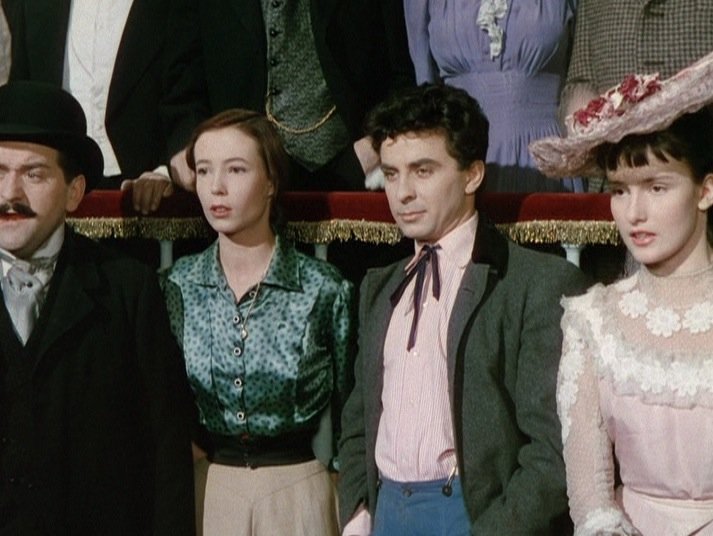 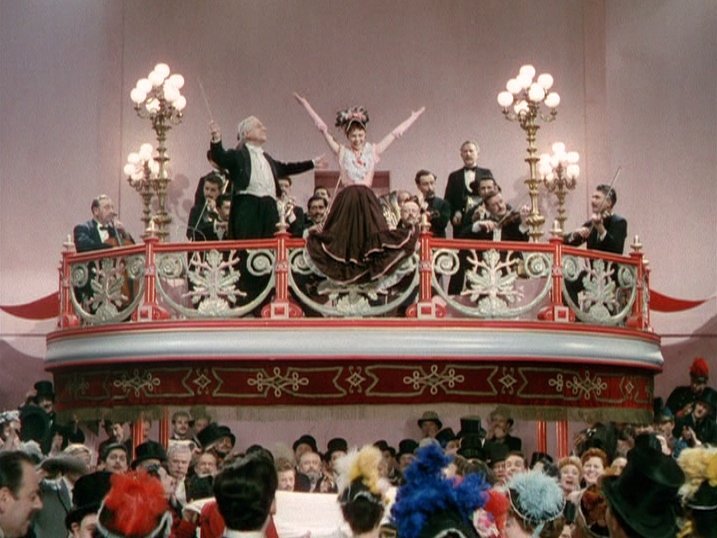 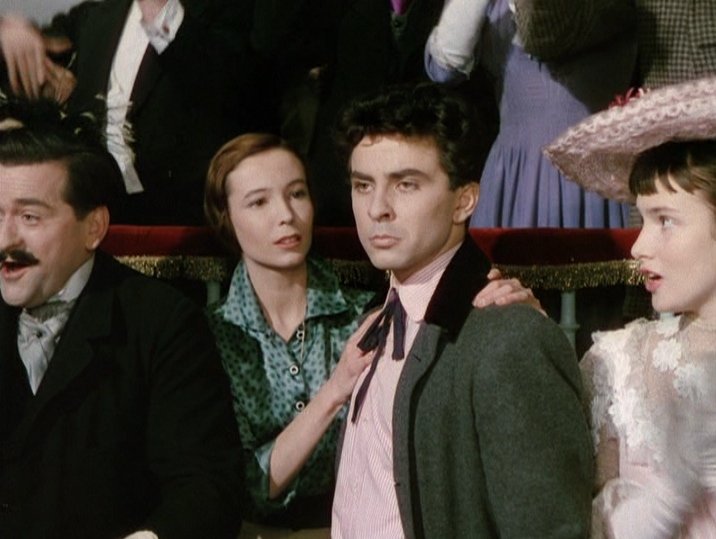 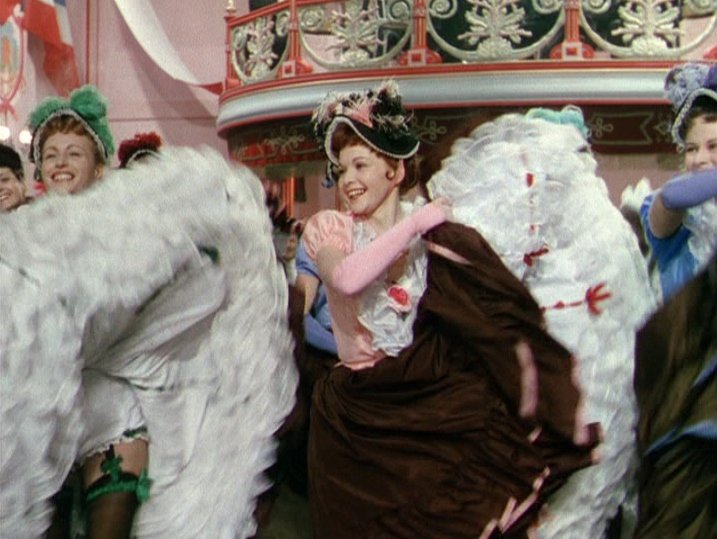 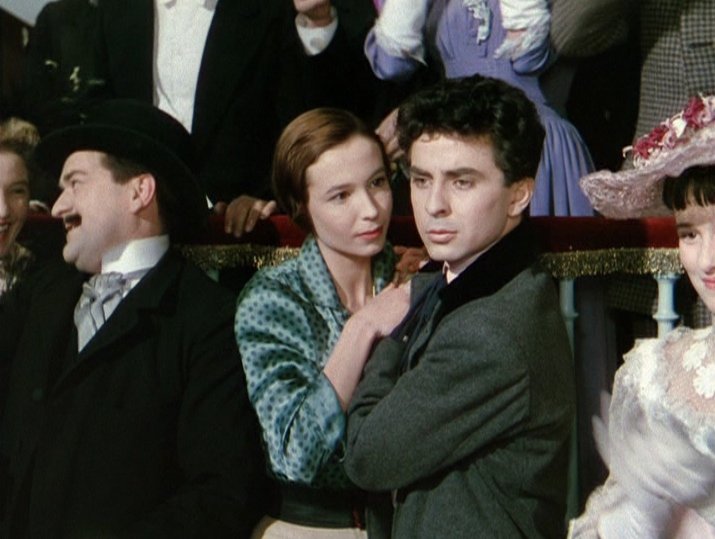 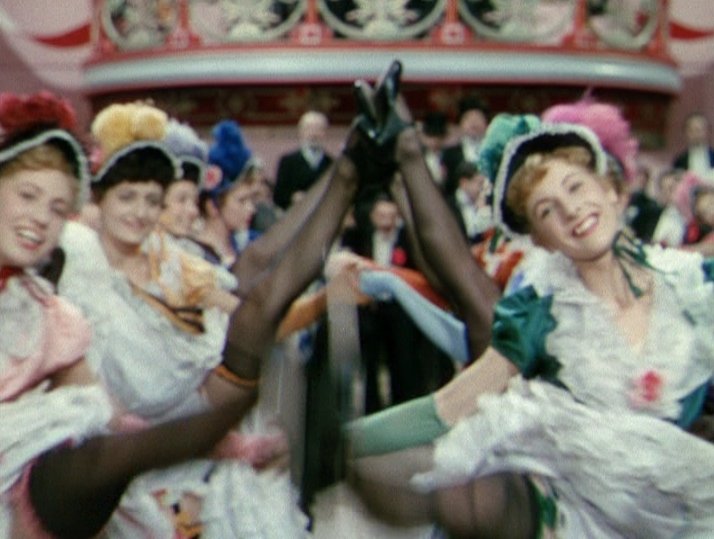 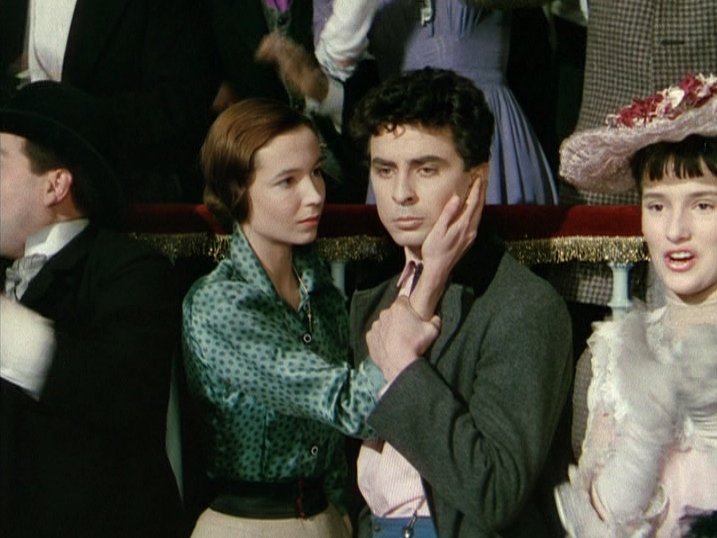 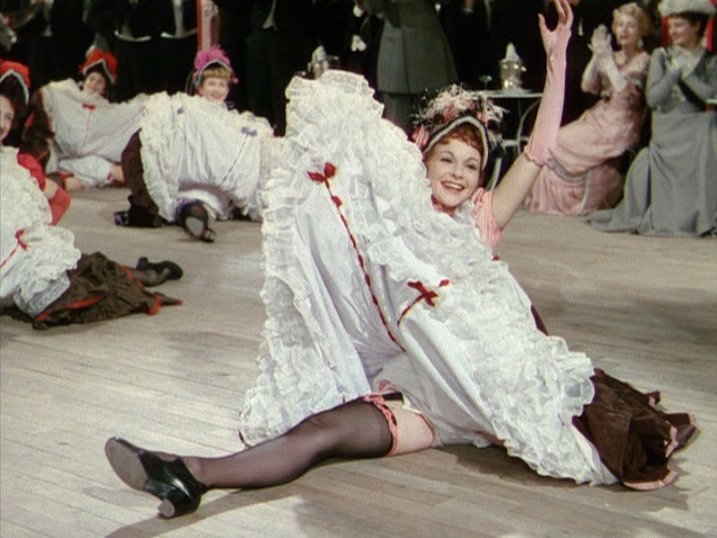 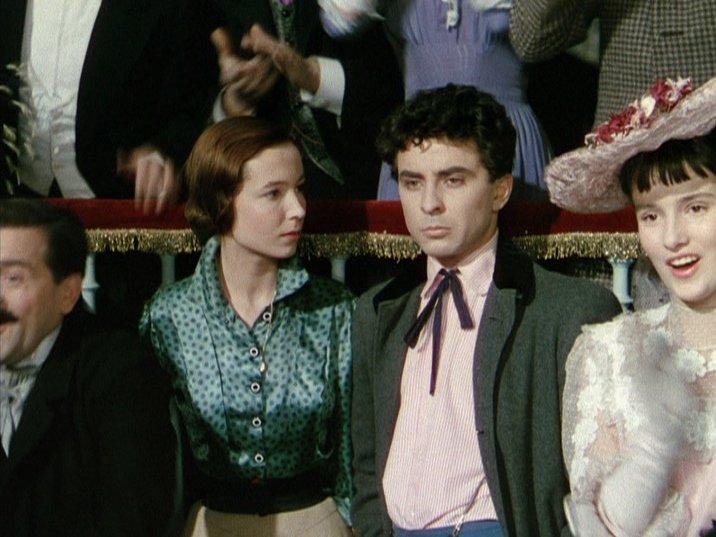 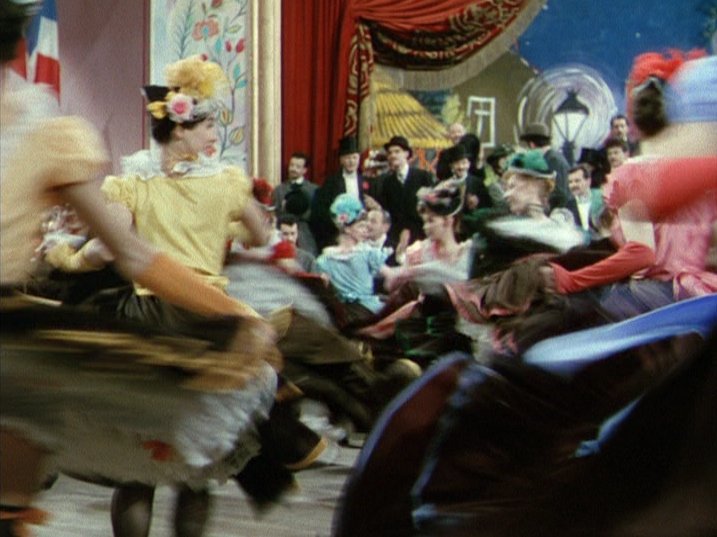 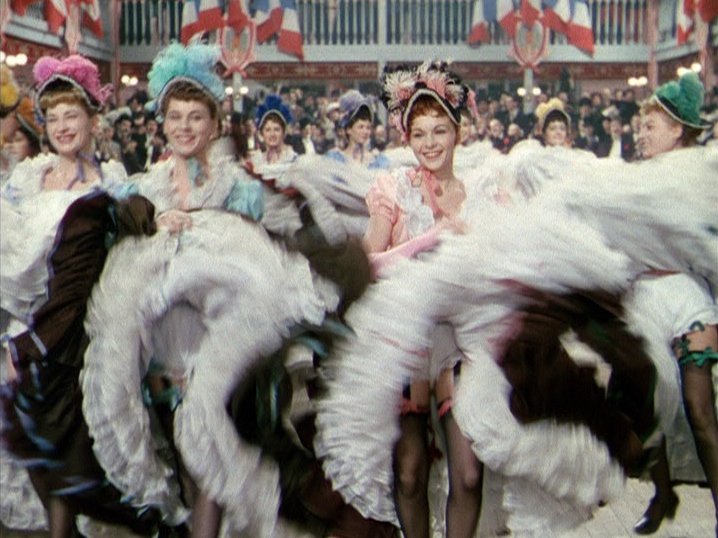 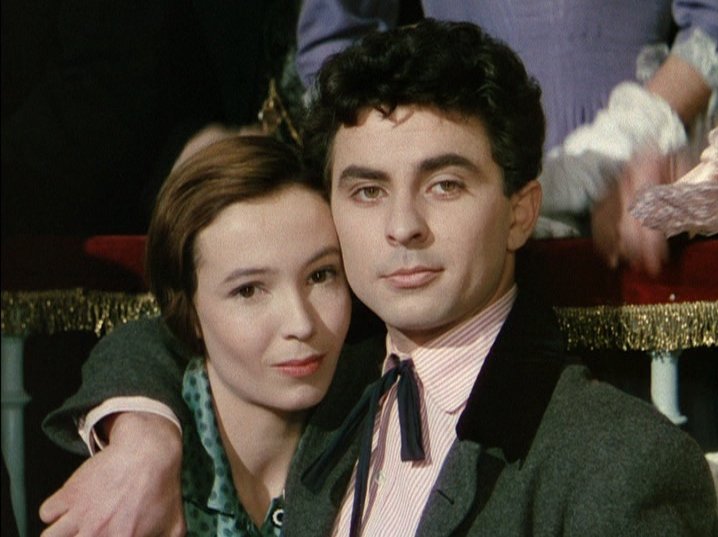 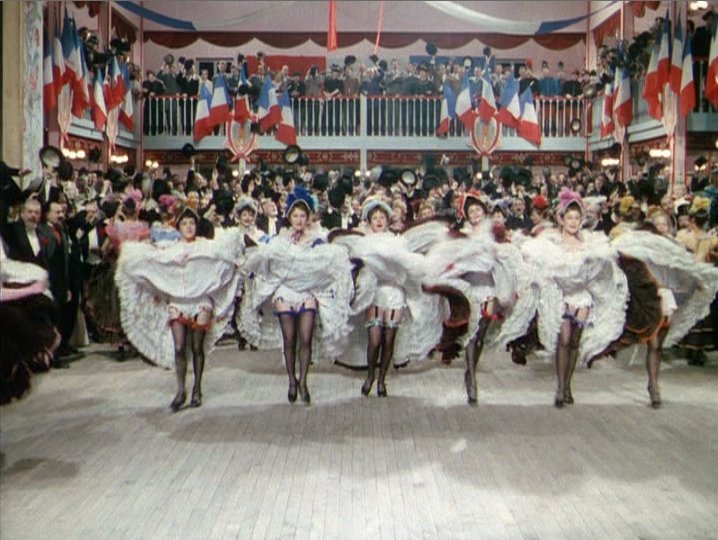 Part of our on-going series The Details, a column that catches the small within the big, focusing on the individual elements that make cinema so expressive.