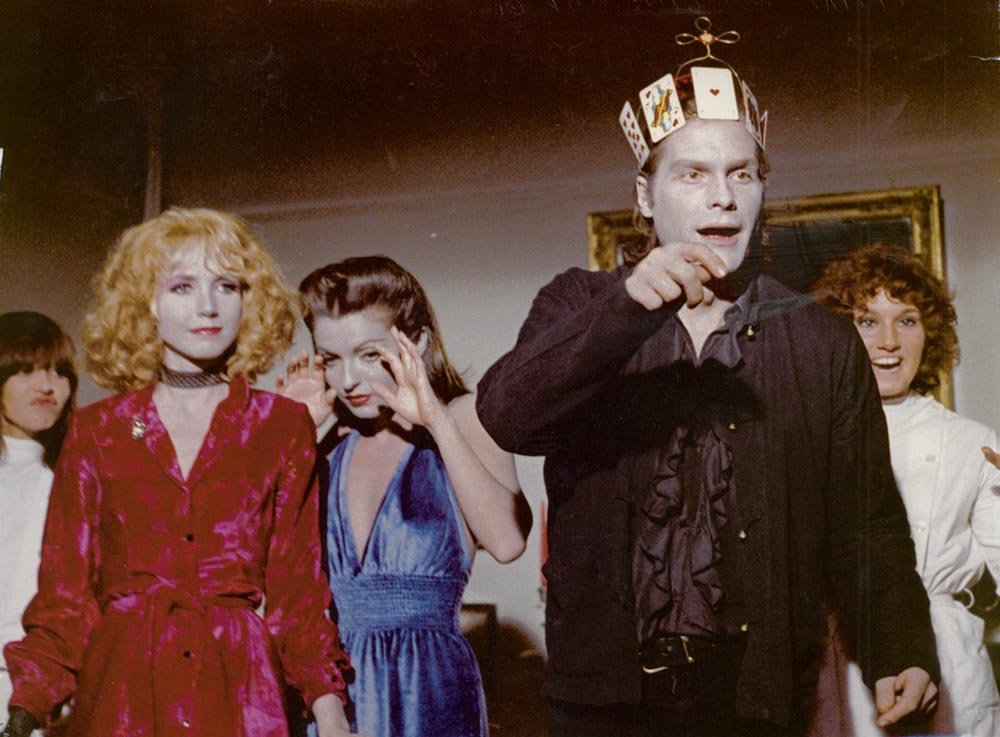 The New York Times runs two must-reads this weekend. With Jacques Rivette's Céline and Julie Go Boating (1974) opening at Film Forum on Friday, Dennis Lim writes, "It's not just that the film holds up to repeat viewings; its very point is its seemingly infinite repeatability, its mysterious capacity to surprise both first-time viewers and those who know it as well as a magician reciting an incantation." He goes on to consider Céline within the context of Rivette's oeuvre and its lasting impact on filmmakers as diverse as Susan Seidelman and David Lynch.

"Shirley Clarke is one of the great undertold stories of American independent cinema," writes Manohla Dargis at the top of piece on Milestone Films' multi-year project to restore and revive interest in Clarke's work. The Connection (1962) opens Friday at the IFC Center and soon to follow will be theatrical and DVD releases of Robert Frost: A Quarrel with the World (1963), Portrait of Jason (1967) and Ornette: Made in America (1985). Dargis: "A woman working in a predominantly male world, a white director who turned her camera on black subjects, she was a Park Avenue rich girl who willed herself to become a dancer and a filmmaker, ran away to bohemia, hung out with the Beats and held to her own vision in triumph and defeat. She helped inspire a new film movement and made urgently vibrant work that blurs fiction and nonfiction, only to be marginalized, written out of histories and dismissed as a dilettante. She died in 1997 at 77 and is long overdue for a reappraisal."

Meanwhile, one of the best films at this year's Berlinale, Philip Scheffner's Revision, has won the "Remembrance and Future" Award at the goEast Film Festival in Wiesbaden. The Forum has more.

Browsing. Ann-Margret turns 71 today, so Life's put up a selection of previously unpublished photos from a 1961 feature on this "hot Hollywood prospect."

Obit. "Swiss artist David Weiss of the duo Fischli/Weiss has passed away at age 65 at his home in Zurich," reports swissinfo.ch. "Fischli and Weiss, who began collaborating in 1979, are best known for their 1987 experimental film, The Way Things Go (Der Lauf der Dinge)."﻿