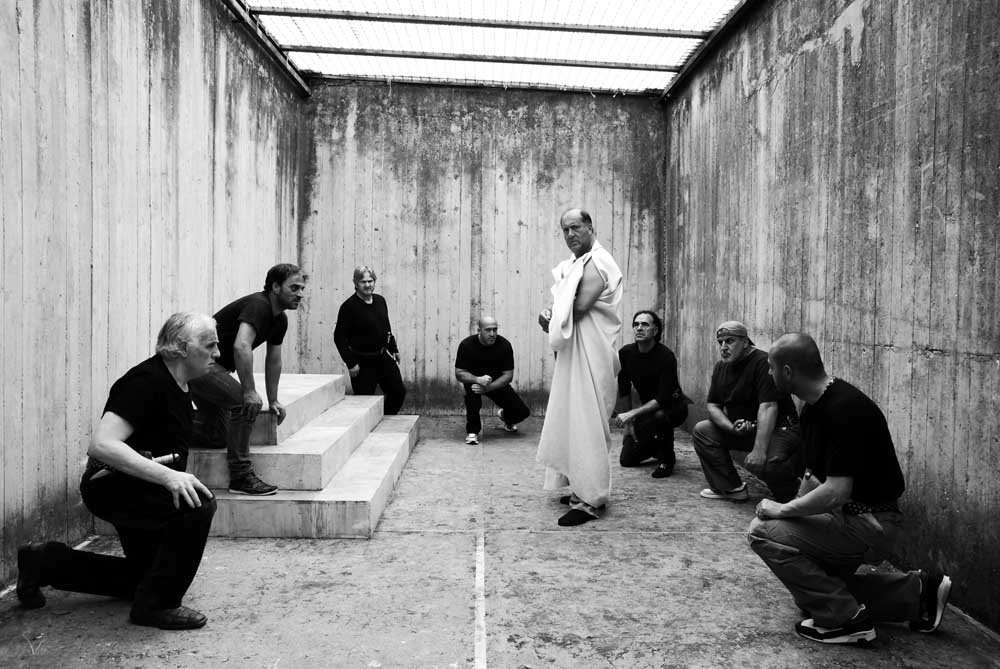 The first Silver Bear, the Jury Grand Prix, goes to Bence Fliegauf's Just the Wind. (Last year, this prize went to a Hungarian as well, to Béla Tarr for The Turin Horse.)

Silver Bear for Best Actress: Rachel Mwanza﻿ for her performance in War Witch.

The Silver Bear for an Outstanding Artistic Contribution goes to Director of Photography Lutz Reitemeier﻿ for his work on White Deer Plain.

The Alfred Bauer Award for opening new perspectives onto cinema goes to Miguel Gomes for Tabu.

Special Mention — it comes with a Silver Bear — goes to Ursula Meier's Sister.

The FIPRESCI Jury (International Federation of Film Critics) has announced three awards, one for the Competition: Miguel Gomes's Tabu; another for Panorama: Héléna Klotz's Atomic Age; and the other for the Forum: Sacha Polak's Hemel. Here're the names of the jury members this year.

The Caligari Prize, donated by the communal cinemas and FILM-DIENST magazine (2000 euros for the director + 2000 euros for financing further screenings in Germany), goes to Emin Alper's Beyond the Hill. Special mentions go to Silvina Landsmann's Soldier/Citizen, Celina Murga's Normal School and to "the most challenging film in this year's Forum program," Vincent Dieutre's Jaurès.

"The independent juries of the Berlinale have awarded prizes to three Forum films: The 22nd NETPAC Award (Network for the Promotion of Asian Cinema) was given to Modest Reception by Iranian director Mani Haghighi. The Delay by Rodrigo Plá received the Prize of the Ecumenical Jury as well as the Tagesspiegel Readers' Jury Award. And the Award of the Conféderation Internationale des Cinémas D'Art et Essai (C.I.C.A.E.) was given to Our Homeland by Yang Yonghi."

IndieWIRE's Peter Knegt has the winners of this year's Teddy Awards, "a subprogram of the Berlinale that puts the spotlight on the fest's LGBT/queer content":

The Youth Jury in the Generation 14plus awards the following prizes:

And the Generation Kplus International Jury 2012 awards these:

The International Short Film Jury — Emily Jacir, Sandra Hüller and David O'Reilly — has awarded the DAAD Short Film Prize to Trevor Anderson for The Man that Got Away and the Berlin Short Film Nominee for the European Film Award to Justine Triet's Vilaine fille mauvais garçon (Two Ships).﻿